My old fancy comic book which was published in 2011. 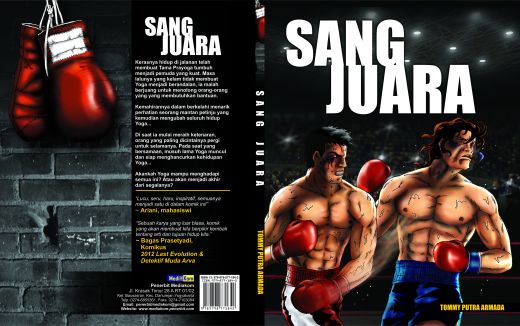 It’s all about uneasy life of the man named Tama Prayoga who has struggled from the early of his life time, which his father died in an accident and her mom afterwards in a disaster. His life became more complicated with his uncle who never loves him and threw him away. He met a girl who brightened his life for moments, sadly bad things happened for the next coming years. His brilliant talent of fighting and hard life experience, made him succeed in the fighting world, “boxing champion.” But, again things never go quiet well for him and he has to face many “fight” alone and yet finally with “people that he loves much.”

What kind of fight does he face? Go and find the answer inside the book! You really get to get one!

New On This Blog